Petition to Allow Whooping Cranes to Complete Their Migration
Sunday, January 8, 2012
Operation Migration's ultra-light aircraft have been grounded while escorting whooping cranes to their wintering grounds. They are 50 miles from their final destination, awaiting an FAA ruling in their favor. Consider signing the petition asking the FAA to expedite a waiver which would allow the ultra-light and the cranes to complete their journey.

2011 Indiana County Christmas Bird Count
Friday, January 6, 2012
The Todd Bird Club held its 29th Indiana Christmas Bird Count on December 26, 2011, with 63 people participating. The count tallied 9029 individuals of 71 species. There were more waterfowl species than usual, because of the ice-free water, resulting in the highest overall species count since 1997. The Indiana Count had record numbers of Green-winged Teals (4), Hooded Mergansers (34), Bald Eagles (3), and House Sparrows (809). The Jim Dearing award for best bird was given to John Taylor's group for spotting a Common Goldeneye at Yellow Creek State Park. View the detailed count results.

At the meeting we will have copies for sale of his new book, National Geographic Field Guide to the Birds of North America, Sixth Edition, co-authored with Jonathan Alderfer. Jon will be happy to sign this book or any of his other books that you already own.

On the next day, Wednesday, December 7, 2011, Jon Dunn will be speaking at the Three Rivers Bird Club about identifying sparrows.

Lee Carnahan Wins Bid for W. E. Clyde Todd's Birds of Western Pennsylvania
Friday, May 20, 2011
As a fundraiser, the Todd Bird Club auctioned a copy of W. E. Clyde Todd's Birds of Western Pennsylvania generously donated by a Todd Bird Club member. Lee Carnahan won this historic book with the highest bid of $129.78. Thank you to the anonymous donor and to Lee for making this such a successful fundraiser. Lee will enjoy reading about the birds of our region through the eyes of an expert in the early twentieth century. 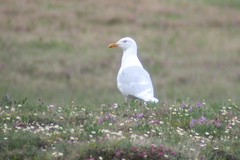