The Bruce Peninsula is in the province of Ontario in Canada. It extends into Lake Huron and is a heavily forested region with thin soil on a dolomitic limestone base. As a result there are many marshes and fens. The woods are dominated by conifers with a modest number of deciduous trees and shrubs. Many of these wooded areas are almost impenetrable unless you are on a trail.

I left Pittsburgh Monday morning (June 18, 2012) and drove to Tobermory at the northern tip of the Bruce Peninsula. It was 450 miles (9 hours of driving plus stops). Crossing the border was time consuming with a border guard who asked a lot of questions and did not seem happy to see me. When I stopped for fuel, I discovered that I should have filled up in New York (gasoline in Canada was almost $5/gallon). My next discovery was that my cell phone could be used only for emergencies in Canada.

On Tuesday the weather forecast was good with only a 20% chance of afternoon showers, so I decided that it was a good day to spend on Flowerpot Island (the best spot on the peninsula for orchids and ferns). I took the first boat of the morning to the island and at 10 AM was on the island with abundant sunshine and mild temperatures. On the boat ride I saw Ring-billed Gulls and many Double-crested Cormorants, and as we approached the dock a Common Merganser was swimming near the dock. My first fern was Maidenhair Spleenwort growing on a moss covered boulder; nearby a Winter Wren and a Red-breasted Nuthatch sang. Near the lighthouse I found my first “life” orchid (Stripped Coralroot) with another Winter Wren singing nearby. I was fortunate to meet Tony (a park naturalist) who was helping a photographer find orchids and invited me to join them. He took us off the trail to see a couple of rare orchids and showed us Heart-leaved Twayblade, which is so tiny that I would have never found it on my own. There were several Common Ravens on the island and I heard a Northern Waterthrush singing. Around 2:30 PM we heard thunder, and soon we were experiencing a thunderstorm. Fortunately I had my raincoat in my day pack, and Tony led us to the staff cabin and allowed us to stay inside until the rain stopped. I then rode the 3:15 PM boat back to the mainland. My bird highlights for the island were:

Wednesday (June 20, 20120) dawned with a clear sky and the promise of a warm afternoon. Canada was more of a foreign country than I expected, and Toronto was expecting a very hot day with the temperature reaching 34o C and fears of heatstroke. It turns out the 34o C is 93o F, which is hot even by Pittsburgh standards, but on the Bruce Peninsula it only reached 85o F. The speed limits in Canada are in km/hour, which also took some getting used to. The roads on the peninsula were straight and level with a speed limit of 80 km/hour (50 miles/hour), which seemed really slow. Some of the roads were posted even lower.

I started the day at Dorcus Bay (Singing Sands). I was greeted in the parking lot by a singing Brown Thrasher, and near the entrance to the boardwalk were a couple of really tame Snowshoe Hares. These are really big rabbits with enormous hind feet, and I was able to get within 10 feet of them. The boardwalk went through a fen (alkaline marsh) with lots of good plants. Besides Pitcher Plant and Sundew, there were many Rose Pogonia and Grass Pink (both “life” orchids) blooming as well as Indian Plantain. On some of the other trails I found Showy Ladyslipper and Yellow Ladyslipper. I encountered a couple of Northern Leopard Frogs and an Eastern Garter Snake as well as two “life” trees (Jack Pine and Tamarack). After considerable searching, I managed to find a Lakeside Daisy (“life” flower). While walking, my red day pack attracted a Ruby-throated Hummingbird. My bird highlights for this location were:

I then went to Cypress Lake, which has a nice network of trails. Not too many orchids here, but I did add Royal Fern to my list and found a Northern Water Snake right next to the trail. Viper’s Bugloss is an alien wildflower, which is very common in this part of Canada and was one of the best butterfly magnets that I saw. I wish I knew my butterflies better, but I still enjoyed seeing the many butterflies and dragonflies. I particularly enjoyed seeing many White Admiral Butterflies, which I don’t think are common in western Pa. There was a female Blue-winged Teal with seven babies, a couple of Great-crested Flycatchers, more Red-breasted Nuthatches and a very cooperative American Redstart.

On Thursday I headed to the southern part of the peninsula and Cape Croker. After a 40-minute drive at 80 km/hr, I arrived at Cathedral Road which is a dead-end road leading to Cathedral Woods. Parts of the road were covered with hundreds of butterflies and I had to drive about 5 mph to allow them to move out of my way. Most of the butterflies were Pearl/northern Crescent butterflies. Cathedral Woods is a deciduous forest, much like our Pennsylvania forests with oaks, beech etc. The birds were also more typical of western PA with Yellow Warbler, Rose-breasted Grosbeak, Eastern Phoebe, Baltimore Oriole, and Eastern Meadowlark. The most exciting observation was a close encounter with a large Black Bear. I walked into the woods about a mile and then retraced my steps. As I was returning I saw the bear about 50 yards ahead of me walking toward me. It was larger than a Saint Bernard dog and saw me at about the same time I saw it. The bear turned around; walked a few feet and walked off the trail to the right never to be seen again. After returning to my van, I walked along the road to enjoy the spectacle of hundreds of butterflies. I got a really good look at one of them when it landed on my eyeglasses and stayed there even after I took the glasses off. Along the road I also found a Northern Red-bellied Snake.

I then explored more of Cape Croker including some excellent views of the Niagara Escarpment, which provides many cliffs, some more than100 feet tall. Cape Croker has many agricultural areas, which allowed me to add Savannah Sparrow. I finished the day by visiting two more fens. Oliphant Fen produced more orchids (Grass Pink and Tall White Bog Orchid) plus many other wetland flowers. Petrel Point Fen had a very nice – if slightly rotten – boardwalk and more orchids (Grass Pink, Tall White Bog Orchid and Rose Pogonia). I also picked up a new “trip bird,” a Wilson’s Snipe. My list of bird highlights for the southern part of the Bruce Peninsula is below:

Friday (June 22, 2012) was another warm and sunny day, which was nice for the drive home. The gasoline in Canada had a different smell than US gasoline and I discovered that with my second and third tanks of Canadian gasoline I got 30 miles per gallon and 32 mpg. The best that my minivan has ever gotten in the US is 26 mpg, so I think that the Canadian gasoline really is different. The drive home was uneventful, except for another very serious border agent, lots of questions, and a search of my vehicle. I finally arrived home at around 6 PM.

My trip lists are below: 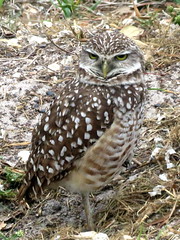